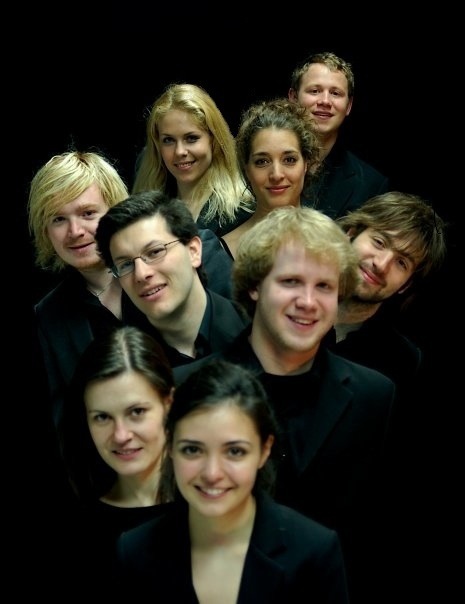 Top musicians from throughout Europe founded the New European Ensemble in 2008. Their goal is to bridge the gap between new music and the public at large through exciting and expressive performances of 20th and 21st century chamber and ensemble music. The New European Ensemble also strives to renew the concert format with the aim of showing new music’s relevance to society.

Since its inception in 2008 the ensemble has been invited to perform at most of the leading concert halls in the Netherlands including Muziekgebouw aan ‘t IJ (Amsterdam), De Doelen (Rotterdam) and the Dr. Anton Philipszaal (Den Haag). In 2010 the ensemble created a partnership project with Amnesty International for a performance of Hans Werner Henze’s ‘Voices’, exploring human rights issues in the world today. New European Ensemble has also presented a festival around Arnold Schönberg’s music and performed at the opening concert of the Antillen Festival.

The poems are from the collection The Sad Gondola, written by the Swedish poet Tomas Tranströmer. The title is as such derived from a work for piano solo by Franz Liszt  ”La lugubre gondola”. Musically seen, I wanted to bring out the lyric and dramatic moods in these poems so the listener can picture the poetic content as a ”music drama without a stage”.

From this point on, Staern has developed a deeply personal style with an output including orchestral and chamber works, solo pieces and electro-acoustic music. An interesting aspect of his work as a composer is his unusual ability to associate tones and timbres with different colours and tints. This is a variant of a phenomenon called synaesthesia which is fundamental in his perception and the creation of his music, and which is reflected in his sound world as well as in many of his work titles (“Yellow Skies”, “Colour Wandering”, etc.)